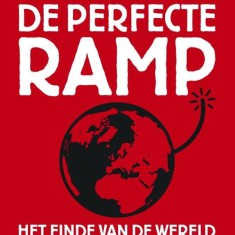 The book is written “For the connoisseurs of unknown unknowns” and is divided into three parts.

The first part – Why ‘normal’ is not normal anymore – talks about complexity theory. The complexity theory means that each issue has two (or more) sides, for example a service delivery of an organization has an organization side and a customer side. Both have a certain degree of complexity. Without going into the definitions of complexity here, but from the gut feeling, we can view the delivery of electricity in the USA as an obvious example. We can say that the demand side is very complex: different quantities, different times, different needs that have grown throughout history as a very complex system. But there is an outdated infrastructure that has a low complexity with regard to the current state of technology. Between both complexity levels there is a gap, which according to the complexity theory is a source of vulnerabilities, and can trigger an extreme event to correct the system. For example, a blackout. This example is a simple illustration of the theory, which is obvious. The best solution for the continuity of the customer side and the supplier side in this case is an increase of the complexity on the supplier side, until it equals that of the customer side. In other words, a technical upgrade.

Part two is a collection of 11 chapters, each of which deals with a separate case, in which the complexity gap is shown each time and how a disaster can arise from it.

In part three, the author argues that the breadth of the gap or the excess of complexity can be seen as a new way of quantifying the risk of an extreme event. This, however, without really going into formulas.

Finally, the author determines three principles with which the gap can be made smaller or can be prevented.

– A first principle is that systems and people must be as adaptive as possible. Because the future is unprecedented but increasingly dangerous, it is wise to develop the infrastructures with a large degree of freedom, to be able to counter or use what you encounter.

– The second aspect, resilience, is closely related to the first principle, that of adaptation. With this you can not only collect hits but also take advantage of them.

– The third principle is redundancy. This is a proven method in the security sciences to keep a system or infrastructure going when faced with unknown unforeseeable and foreseeable shocks. Actually this is about extra capacity that is available when, for example, a defect occurs.