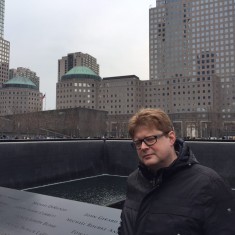 In this article I will tell you my own opinion. It is by no means the intention to present dealing with the pandemic as a simple matter. But there are some simple principles that strike me.

In the past, “higher-lower” was a game on television. Never before had I thought that these two words could be so important in assessing the need for action in a pandemic.

Currently, the federal government makes use of the services of specialists: virologists, biostatisticians , epidemiologists, etc. They can be used at any time to draw up difficult mathematical models to estimate the pandemic and to distil difficult indicators of the evolution from them.

How could it have been assumed with higher-lower at the beginning of September how it would evolve at the end of September and the weeks after ? (The next few months remain to be seen, but our experience with the first wave tells us that this wave is not over yet, and it is going to be difficult.)

Is the result surprising, then, that there will be a more severe wave after September, which can whip higher than the first wave?

Is it inconceivable that there will be another wave after this? And what should we do about it?

That is why it is important to do something with the third indicator. This is currently done by reducing the transmissibility of the virus as much as possible. In this way they try to prevent the spread in order not to overload the hospital system, if possible until there is a vaccine, and preferably forever.

But that requires discipline, both during the approach to reverse the new wave and the period afterwards to prevent another wave. So the discipline must be higher ! And that regardless of the precise measures in a ministerial order, or in the protocols, or in the local measures.

The search for exceptions, loopholes, back doors,… to do their thing must therefore be lower !

Released in 2004 , with references to texts from years earlier, but still blazingly topical, underused and under-studied : opportunity management as part of risk management. Benefits management for projects in this case …

The author advocates embedding opportunity management in existing risk management that focuses too much or only on threats. His argument for doing this is that they are two sides of the same coin called uncertainty. The fact that at present in a number of standards the uncertainty of the achievement of the goals may imply either a positive deviation or a negative deviation from their achievement, is underused and too little known in today’s companies.

In order for it to succeed, the author sees four CSF (critical success factors) as follows:

One possible conclusion after reading is that it is always an advantage to engage in benefits management. People are often too focused on problems.

The fact that this work is written for projects does not detract from the fact that many ideas are valid in the management of processes.